Cricket in India as they say is like a religion. No matter for how long and for how many times, Team India goes through a lean patch, the craziness for cricket in India never deteriorates. Unlike many other states or Ranji Trophy teams till now Gujarat has given very fewer cricketers to Team India but whenever Gujarat has produced a cricketing hero he has shone brightly on the international stages. Today, we are going to learn about those prominent Gujarati cricketers who played for Team India and have shined brightly.

Known for his accuracy in spin bowling Jasu Patel took 10 wickets in a Test match against Australia to give his team its first victory over them. Patel took 14 for 124 in that Test and that remained as Indian record for almost 30 years. Narendra Hirwani broke this record against West Indies at Madras. Jasu Patel’s 9/69 in the second innings of the Test also remained an Indian record for the most number of wickets in a Test Innings until Anil Kumble took those famous 10 wickets in an innings against Pakistan at Firoz Shah Kotla, Delhi.

Born in Kabul, Afghanistan Salim Durani was known for his ability to hit sixes on public demand. Apart from being a left-handed batsman Salim Durani was also a left-arm orthodox bowler. He played for India between 1960 and 1973 and played for three Ranji teams, Gujarat, Saurashtra, and Rajasthan. Not only cricket but Salim Durani’s looks took him to Bollywood where he played a lead role in one of the Bollywood movies as well.

Another player who played for Saurashtra in first-class cricket, Karsan Ghavri is one of those first cricketers from Gujarat who played both the Tests and ODI formats. Karsan Ghavri was a fast bowler and was handy with the bat in the lower order. Sometimes Ghavri could also give it a try to a left-arm finger spinning if required. Such a talented player Karsan Ghavri also represented Team India in 1975 and in 1979 Cricket World Cups.

Despite being a few Gujaratis’ represented Team India till now, Parthiv Patel is probably the first Gujarati cricketer who enjoyed ‘superstar’ status, and after him, there are now many Gujarati cricketers who carried that status as well. Parthiv Patel has the distinction of being the youngest wicketkeeper who debuted for the Test cricket at the age of 17 years and 153 days against England at Trent Bridge, Nottingham. In that particular Test, Parthiv showed guts and made India save the Test and got a pat on the back from the English captain Nasser Hussain. Later in the Australian tour also Parthiv came out in flying colours and gave important contributions in India’s drawn series. But unfortunately, Parthiv Patel played his entire cricket in the existence of Mahendra Singh Dhoni and that was it for him.

Irfan and Yusuf Pathan, from Baroda, made their mark in the first-ever T20 world cup played in South Africa. Irfan Pathan although played a few Tests earlier as well. Both were different in nature and different in cricketing skills but they became instant rock-stars for Indian cricket lovers. Irfan Pathan’s main strength was swing bowling whereas Yusuf Pathan could hit a long ball. Irfan Pathan’s best moment came when he took a hat-trick against Pakistan in Pakistan a Test match.

They are still struggling to make a permanent place in Team India, but there is no doubt about their respective talents. Hardik Pandya and Krunal Pandya were founded by Mumbai Indian scouts and later both of them found their places in the limited-overs formats of the game. Both are attacking batsmen by nature but Hardik bowls medium pace and Krunal is a spinner.

A left-arm spinner and a left-hand batsman, Axar Patel had a dream Test debut against England in 2021 where he made the Englishmen clueless about his bowling in slow turning tracks of India. Axar Patel has shown class and potential but consistency is what lacks in his international performances as of now.

A truly world-class fast bowler that Gujarat has ever given to Team India is certainly Jasprit Bumrah. With a side-on and different bowling action, Bumrah is a master of bowling Yorkers. Whether it is Test cricket, One Day Internationals, or T20 Internationals, Jasprit Bumrah hardly gives away anything to the batsmen and to be honest he has earned respect from the batsmen world over because of his immaculate bowling and serious pace with short run-up. 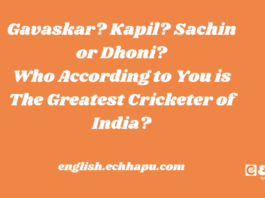 Greatest Indian Cricketers the World Has Ever Seen 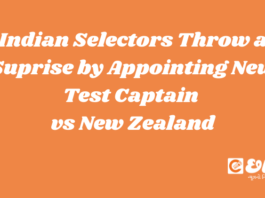 No! Rohit will not lead Team India in Kanpur Test against... 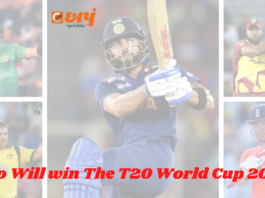