Home gujarat Hinduism will be a subject in South Gujarat University; Tana-Riri Mahotsav will...

In one of the firsts, a South Gujarat-based university is going to introduce Hinduism as a post-graduation subject of sociology and the popular classical music festival, the Tana-Riri Mahotsav will be telecast live on different online platforms.

In a time when Hindus feel that they are getting de-linked from their roots or they have been forced to do so by certain elements of the society through programmed propaganda, the Veer Narmad South Gujarat University (VNSGU) has made an important announcement that will please many Hindus across Gujarat and India.

The south Gujarat-based University has confirmed that they are going to introduce an exclusive subject on Hindu dharma from their next session in June 2022. This will make VNSGU the first-ever University of Gujarat to conduct the subject at the postgraduate level.

From the education year 2022-23, the sociology department of the University will conduct a two-year post-graduate course on ‘Hindu Abhyas’ (Hindu Study). Required permissions have been got from the university syndicate and other authorities, it has been informed.

From the next year, a visiting faculty will be appointed to teach this course. As per the University source, the main aim to introduce this course in VNSGU is to make students understand the real meaning of Hinduism. The course will stress the main teachings of Ramayan, Mahabharat, and Veds and not on different puja styles of Hindus.

In another development, the yearly Tana-Riri Mahotsav, which is celebrated in memories of two lady singers of ancient Gujarat, Tana, and Riri will also be telecast live this time on various digital and social media platforms as per the announcement by its organizers.

The Tana-Riri Mahotsav has been organized on the 12th and 13th of November this time and it will be telecast live on Facebook and YouTube. The chief minister of Gujarat Bhupendra Patel will inaugurate the festival on the 12th November at 7.30 pm at the Tana-Riri Sankul, Vadnagar.

Apart from showing live it will also be shown on giant LED screens across the district of Mehsana as per the district collector Udit Agarwal.

We would like to know your views on the decision of VNSGU to conduct a course on Hinduism and also on the new way to make classical music reach Gujaratis in the comment section given below. Kindly give your inputs so that others can also know how Gujarat and Gujaratis think about their culture. 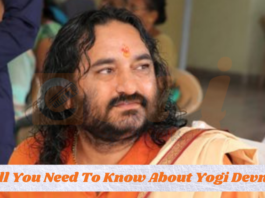 Who is Yogi Devnath? Why He is Called Yogi Adityanath of... 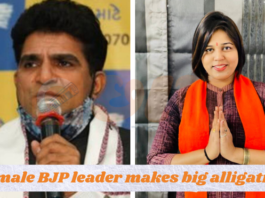